Well, it depends on several things but most importantly on the person. Career writers can write 2000 words in less than an hour, a feat other mortals would take half a day to accomplish.

The amount of time they have taken to practise two activities; organizing their thought in the mind and writing down or typing, eclipses the time you spend on Netflix. So how on earth would you expect to do the same?

If you’re a little bit in a hurry scroll down to view the comparison table summarizing everything I’ve talked about. But if you’re still reading, I’m 90% sure you can write 2000 words in less time than the average. Why? It seems you like reading which goes hand in hand with writing

I’ve been writing seriously since early 2017 when I started blogging. Over the years, my consistency has been affected by my studies, work, girls and peer pressure. I haven’t been very consistent but at least I try writing 1000 words every week. Do you?

Sometimes it takes me an hour or less to write a 1000 words article, other times, it takes a day to write a 3000-word article. I consider myself an above-average writer who I define as a person who finds it easy to express themselves in writing at any given point and effortlessly finds themselves writing often.

So when a piece of work takes me less time to complete, it’s usually because most of the ideas written originate from my mind. When it takes hours to do the same, it’s mostly because I’m researching, studying, comprehending and organizing my thoughts while writing. That’s a tough job I tell you, but it’s one you get the hang of with time.

2000 words is a relative number. For a regular writer who mostly writes mind-bred ideas or narrates stories fact or fiction, it’s a tiny number of words. Such a person would write over 2000 words in a single sitting without dropping the pen or lifting hands from the keyboard even to take a sip. 50 minutes is enough.

For a regular writer who writes from abstract ideas that must be researched and read about, that number is neither small nor large. Due to the ease in organizing ideas mentally, such a person will only have a hard time when researching. With a good grasp of the concepts involved, they too can fly through 2000 words in a single seating, probably taking a small break to sneeze or notice the hot lady walking by. I’d give them 1 hour and 15 minutes.

For a seasoned writer, a speed of 1000 words per hour which is normally the case especially at the beginning of the writing spurt, would amount to two hours to write 2000 words. However, as soon as they get into the zone, these 2000 words can be spat in significantly less time. Then tables turn when they hit the writer’s block, a phenomenon every writer experiences.

Now, for other mere mortals who only write broken language while texting, writing 2000 words in not an easy task. First, it takes them longer to organize their thoughts before they can put it down on paper or type and see sense in the words. They’d take anything from 2 hours to 6 hours to complete such a piece.

Today most don’t engage the faculties of their mind involved in expression through writing. The mind is like a muscle, the more you use it the stronger it gets. If you don’t use it, it weathers.

If you’ve just got a gig (and you need to materialize 2000 words) which has led you to this article, consider your writing history to determine how long it would take to finish the work.

But most importantly, you need to stop asking how long it would take and instead start writing and find out through experience. Your writing speed is unique based on your history. So if you really wanna know how fast you can complete a 2000 word article, you alone have the answer.

Once you find out your speed, then you can resolve to learn ways to increase your writing speed and put more work in fewer hours.

How fast you can type or handwrite an article also significantly determines the speed in which you can complete a 2000 word piece. First, with handwriting which is taught since the moment we step into school, the average speed according to Wikipedia is 68 letters per minute.

From experience, the difference between people’s handwriting speed is usually small especially when what is being written is same. However, for several outliers operating at body frequencies higher than the rest, their handwriting speed can be crazy. In case you have this weird skill, 2000 words should take less than 2 hours to complete

Meanwhile, for typing which averages 40 words per minute around the globe, an average person should take an hour to complete 2000 words. Yet this can only be done if you have your ideas well organized in the mind or you’re simply typing some already typed up content.

So what exactly am I saying? The mind and the body work together. The two have to be in psych for you to flow like water down a stream. If your thoughts are well organized and fluid, your writing speed would mimic your thoughts-processing speed.

However, for typing, one need to type regularly for them to type faster. Although computers have become mainstream nowadays, most people still haven’t learned to type above 50 words per minute. So it’s very likely that you would take almost half a day to write a 2000 words piece if you haven’t been typing regularly.

You’ll literally spend tens of seconds looking for some letters and punctuation marks on the keyboard. Sad! I know, but you better deal with it. And if you don’t have you’re thought in order, it’s better to jot them down on a piece of paper and organize them before you start typing. This reduces your lag time and keeps you less frustrated.

By now, I will have written just over 1000 words. Guess how long it’s taken for me? One hour 10 minutes. I’ve written this article mostly based on my ideas and a little research as evident with the few links.

I consider this performance among my best which means on average I usually take about 2 hours and 30 minutes to write 2000 words and that’s only when my thoughts are fluid and there’s minimal research to be done.

This table summarizes the comparison of the classes of writers I’ve talked about and the time it would take to write 2000 words.

NB. Take note the writing speeds indicated are approximations based on both mental and physical abilities (hard to measure) while using the average typing and handwriting speeds as the upper limits.

How about now you find out how long it takes for you to write 2000 words. Tell me how it goes. 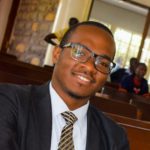 El Gwaro is a full-time blogger and online career expert. Join El and 20,000 monthly readers here, on Kampusville.com to learn how to build an online business while young and energetic. Before starting this blog, El Gwaro did thousands of online writing jobs and other tasks and discovered the potential online jobs has to build careers.

​Thank you for signing up. ​